Photos of nesting Gray Herons and of a coot gathering leaves to build a nest. Below is a map of the park which lies in West Bromwich just to the north of Birmingham. Click to obtain a larger view. 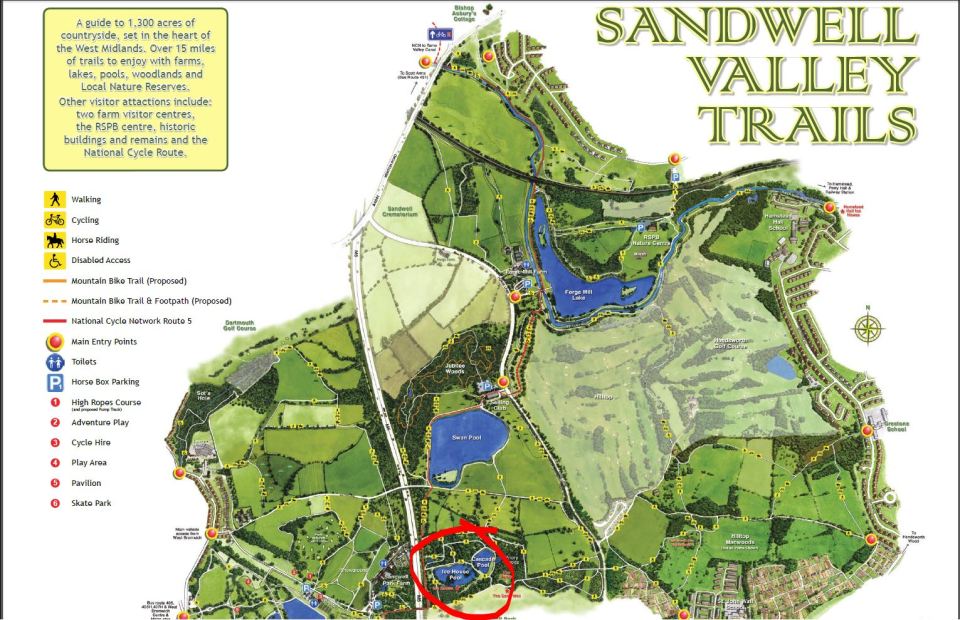 The Grey Herons return to nest every year in the Spring. They nest here high up in the trees on an island in Ice House Pool (see map). They are a large bird standing up to 1 metre tall.

Meanwhile, in the Cascade Pool nearby, a Coot was gathering vegetation which it carried back to reinforce the nest which was occupied by its mate. The bird could be seen diving under the water, pecking through the stems of water lilies then dragging them to the nest. Other strands and twigs were also gathered. Coots are a water bird a little smaller than the common mallard duck. 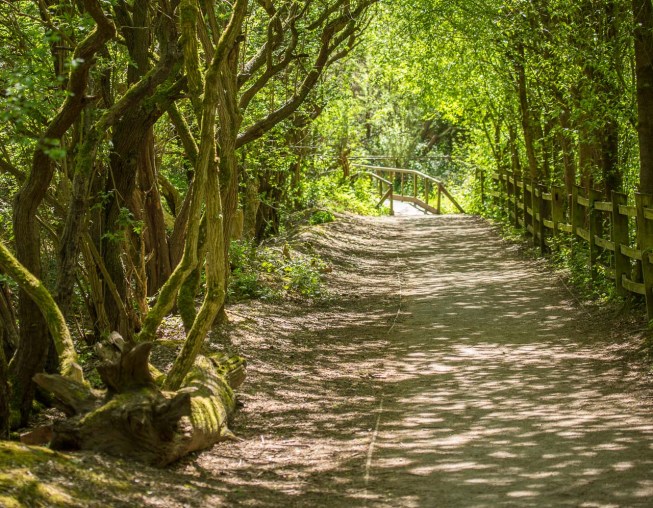 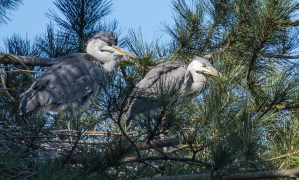 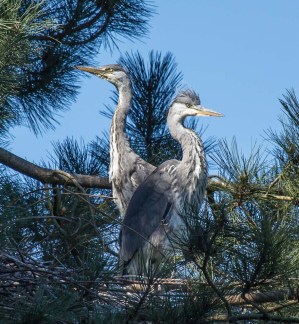 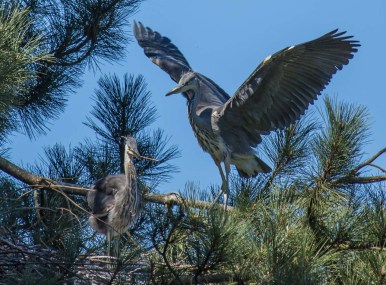 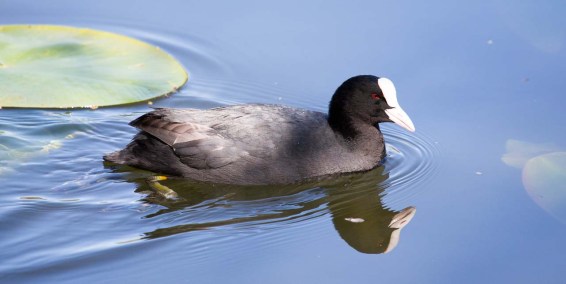 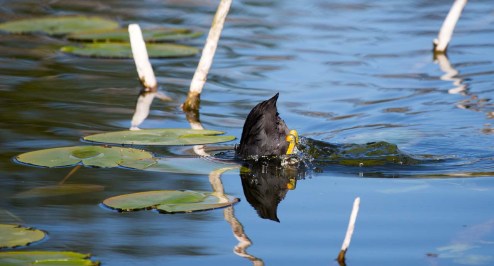 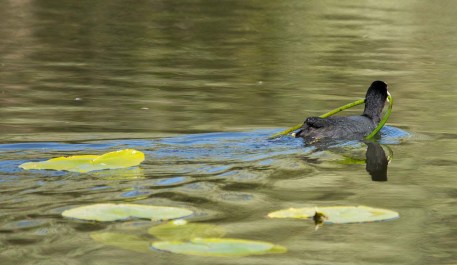 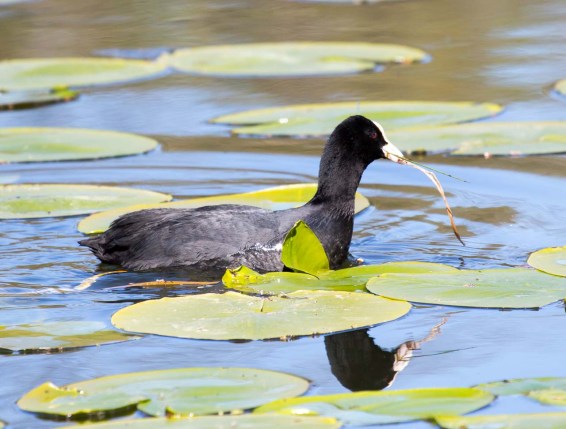 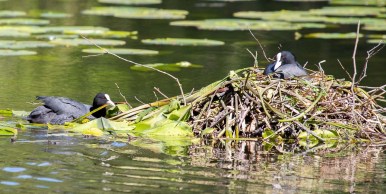 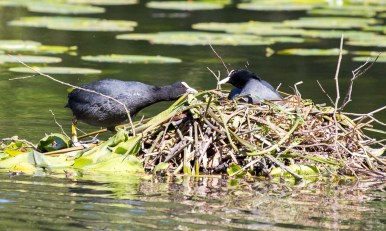